European coal prices could increase further, as an EU-instituted a ban on Russian coal imports forced traders to search an already tight market for alternative supplies. 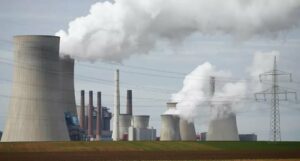 European coal prices could increase further, as an EU-instituted a ban on Russian coal imports forced traders to search an already tight market for alternative supplies. The front-quarter API 2 contract traded up $2.80 at $299/t, on Ice Futures, which is still some way short of early March’s record high of $500/t.

All Russian coal imports to the EU must stop by 10 August this year, under the union’s fifth set of sanctions against the country.

A coal analyst with a European energy firm said: “Restricted supply means prices have to stay extremely high – or even rise further – to limit demand.  It is doubtful that such a significant quantity of coal – amounting to 60-70% of Europe’s thermal coal imports – could be replaced in such a short time.”

However, a coal strategist with a large utility was more optimistic, noting it would be possible to source alternative coal but only at a cost. He said the EU would need to aggressively build stocks – with Russian coal as well – over the remainder of the second quarter in order to accumulate sufficient inventories for the winter. Already, Rotterdam’s key EMO terminal had raised stock levels by around a third over the past month to 2 million tonnes.

“Colombian coal is the natural candidate but there isn’t much available on the spot,” the strategist said, adding there was also little US spot material available. He said South African and Australian coal would be the next most suitable alternatives.

“I don’t discard Indonesian coal either, although [it will be purchased] in much less volume than its peers.”

A source at a large northwest European coal import terminal said there had not yet been any impact on operations or business due to the looming coal ban, despite many companies – and utilities – having already, unilaterally taken steps to avoid Russian coal since its invasion of Ukraine.

Northwest Europe would likely import 6.3 million tonnes of thermal coal by sea this month – from all origins – much in line with March but up from just 4.2 million tonnes in the same month last year, according to preliminary forecasts by dry bulk data provider DBX.