Tesla Expands Its VPP Across Australia

Tesla has announced the expansion of its virtual power plant (VPP) powered by its Powerwall technology to several new states and regions in Australia. 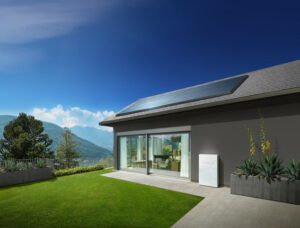 Tesla has announced the expansion of its virtual power plant (VPP) powered by its Powerwall technology to several new states and regions in Australia.

South Australia has had a lot of power issues over the years as it retires aging infrastructure and tries to manage a high penetration of renewable energy, which destabilized energy markets due to the inconsistency of the power supply.

Tesla first got involved by supplying its Powerpack in a large energy storage project owned by Neoen that became known as the Tesla Big Battery.

Over the last few years, Tesla has been deploying more Powerwalls to grow the virtual power plant, which provides grid services to reduce cost and backup power in case of a power outage. In return, the home battery packs are subsidized and reduce energy costs for the households.

A year later, the company expanded the program by launching what it calls the “Tesla Energy Plan on the Tesla Virtual Power Plant,” which is basically a time of use energy plan specifically made for Powerwall owners in South Australia.

Last year, Tesla announced that it is expanding its Tesla Energy Plan and Tesla Virtual Power Plant to Victoria.

Now Tesla is announcing another expansion of its virtual power plant to other neighboring states and regions around South Australia and Victoria:

Existing Tesla Powerwall owners or new buyers in those regions can now decide to opt into the VPP.

This is one of the main ways in which Tesla’s energy division is slowly becoming a global decentralized energy provider, which is one of the stated goals of Tesla Energy according to CEO Elon Musk.