In a much-awaited report, the EU Agency for the Cooperation of Energy Regulators (ACER) delivered its conclusion on the role played by wholesale electricity markets in the ongoing energy price crisis, exacerbated by Russia’s war in Ukraine. 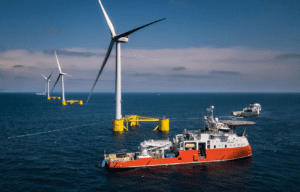 In a much-awaited report, the EU Agency for the Cooperation of Energy Regulators (ACER) delivered its conclusion on the role played by wholesale electricity markets in the ongoing energy price crisis, exacerbated by Russia’s war in Ukraine.

Published on Friday, the report is clear: “Whilst the current circumstances impacting the EU’s energy system are far from ‘normal’, ACER finds that the current electricity market design is not to blame for the current crisis”.

“On the contrary, the market rules in place have to some extent helped mitigate the current crisis, thus avoiding electricity curtailment or even blackouts in certain quarters,” the agency adds, estimating the benefits at €34 billion per year on average.

Gas prices surged to record highs in autumn as tight supplies collided with high demand in European economies recovering from the COVID-19 pandemic. This pushed up the cost of electricity, driven by “marginal” production capacity available from gas power plants that can be fired up at short notice to meet peak demand.

This marginal pricing system came under heavy criticism by France and Spain, which have little electricity production from gas and rely instead on low-carbon power generation from nuclear or renewables.

“A European energy market in which the price of decarbonised electricity remains dependent on the price of fossil fuels is absurd,” said French economy minister Bruno Le Maire, one of the staunchest proponents of reform.

Instead of the marginal pricing system, Le Maire proposed setting electricity prices according to “the average production cost of decarbonised energies” and firmly rejected using gas as a price-setter.

France was not alone in calling for reform. Last month, the leaders of Italy, Spain, Portugal and Greece piled pressure on the European Commission to address the “contagion effect” of high gas prices on the electricity market, with Madrid calling for “structural solutions” to decouple the two.

The ACER report also recognises that some improvements are needed to ensure the electricity market delivers on the EU’s decarbonisation objectives.

Since electricity cannot be stored at scale, “there needs to be price incentives for longer-term flexibility providers,” such as digital technologies that remunerate industrial consumers for temporarily going off the grid.

All these objectives will be facilitated with tighter integration of electricity markets and interconnections between countries.