ArcelorMittal’s plants in Bremen and Eisenhüttenstadt will be modified to produce steel using various clean energy innovations, at a cost of close to €1.3 billion

The world’s largest steelmaker ArcelorMittal has announced that it will be transitioning two of its German plants in Bremen and Eisenhüttenstadt to operate on hydrogen and emit zero carbon emissions. ArcelorMittal’s plans are in line with the Clean Hydrogen Coastline project, and will cost the steelmaker close to €1.3 billion. 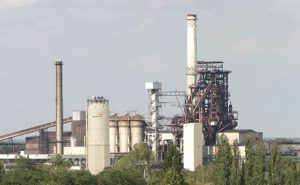 In Eisenhüttenstadt and Bremen, an electric arc furnace (EAF) and the direct reduction of iron ore (DRI) plants will be set up. The blast furnaces of both plants will be modified to reduce the consumption of coal needed to reduce iron ore, cutting down emissions to a great extent. In Bremen, the hydrogen transition will also involve building a large-scale industrial plant to ensure the DRI process is optimised for sustainability. Initially, the plant will use natural gas to fuel the DRI process but eventually, the plan is to use hydrogen produced by an electrolyser integrated into the plant. The hydrogen produced will also contribute to the Clean Hydrogen Coastline network in North Germany. In the long run, the supply of hydrogen needed by both plants will be serviced via regional hydrogen networks.

By the end of this decade, the transition of ArcelorMittal’s plants will enable the company to manufacture up to 3.5 million tonnes of steel using clean energy. ArcelorMittal’s company goals are to cut carbon emissions down by 30% (2030) and produce carbon-neutral steel (2050). While steel manufacturing is a stubbornly carbon-intensive process, the two hydrogen-powered plants at Bremen and Eisenhüttenstadt would have reduced carbon emissions of almost 5 million tonnes. ArcelorMittal’s project is a significant step forward as economies around the world move towards a sustainable future.

Reiner Blaschek, CEO of ArcelorMittal Flachstahl Deutschland, said, “With our concept for the transformation of the plants in Bremen and Eisenhüttenstadt, we are accelerating the implementation of carbon-neutral steel production. These projects have the potential to have a significant impact in reducing CO2 emissions, in line with the European Union’s climate commitments.”