The Australian government recently announced that it had finalized a €21.6 million commercial loan with GB Energy to accelerate the Golden Beach gas storage project that will help alleviate gas shortfalls on the East Coast gas market. 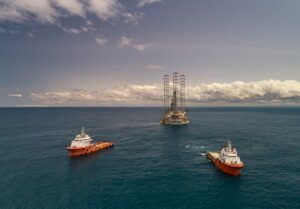 An offshore appraisal for underground gas storage is underway as part of the CarbonNet project in Victoria, Australia. Credit: CarbonNet website

The Golden Beach gas storage project is expected to produce local gas for the domestic market for around two years before converting to an underground gas storage facility. The 12.5 PJ of storage will help meet demand for gas during times of peak demand and keep a cap on prices.

The Golden Beach project was one of four critical gas infrastructure projects identified in the Interim National Gas Infrastructure Plan, released last year, and is a key focus for the federal government’s €26.1 million commitment of targeted support in last year’s budget to accelerate these priority projects and help alleviate the forecast gas shortfall.

Minister for Industry, Energy and Emissions Reduction Angus Taylor said: “The government understands the importance of unlocking new gas supplies and critical infrastructure, such as gas storage, to build market resilience and put downward pressure on prices. Industry and government have worked together to ensure our domestic gas prices have remained up to 80% below prices seen in Europe. It is clear the government has and will continue to back the gas sector.”

We have recently met gas storage Experts at our conference.