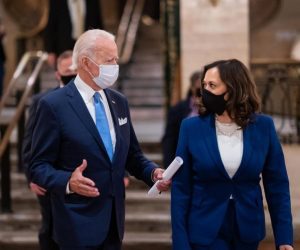 Hydrogen will be a major player in the Climate Innovation Working Group launched recently by the Biden-Harris administration. President Biden announced that his government was targeting low-cost hydrogen production and had put into motion initiatives to accelerate research, development and investment.

The Climate Innovation Working Group is an ambitious step taken by the new American government. Biden took a decisively climate-forward position during his campaign, promising to not only reaffirm the country’s pledge to the New Deal but also spearhead the development of an economy powered by green energy. To this respect, his administration has launched several initiatives encouraging companies to build back greener. Some of the measures include cutting sanctions for companies and industries that consume fossil fuels on a large scale.

The Climate Innovation Working Group has been launched to coordinate and strengthen efforts of the government as it encourages companies across a wide range of sectors to use or produce energy generated by renewable sources. The Group will also help to foster affordable technologies that augment the government’s work in this regard. The American administration is hopeful that this comprehensive approach will help them achieve the President’s goal of transforming America into a country which produces net-zero carbon emissions by 2050.

As a gesture of support and collaboration, the US Department of Energy has launched a fund of $100 million. The fund will be utilised via the Advanced Research Projects Agency-Energy as it supports low-carbon energy technologies with the potential to break new ground in sustainable growth.

Kei Koizumi, Acting Director, White House Office of Science and Technology Policy, said: “Today is an important day for tackling the climate crisis through cutting-edge science, technology, and innovation. The Office of Science and Technology Policy is ready to help turbocharge climate-related innovation, and we look forward to engaging with scientists, engineers, students, and innovators all across America to build a future in which not only jobs and economic benefits but also opportunities to participate in climate innovation are shared equitably by all Americans.”