United States President Joe Biden is set to announce a major initiative for direct deliveries of LNG to Europe to help it replace Russian gas. 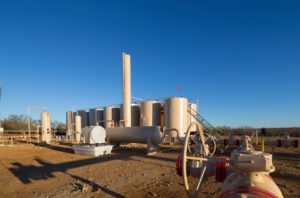 United States President Joe Biden is set to announce a major initiative for direct deliveries of LNG to Europe to help it replace Russian gas. However, the market for fuel is tied to long-term contracts, so it is unclear how the government can get companies on board.

US Secretary of Energy Jennifer Granholm said: “America is exporting every molecule of liquefied natural gas to help Europe. The Biden administration is urging the US oil and gas industry to ramp up production to meet demand and to help lower prices for working families everywhere… We have to do everything in our power to address the immediate needs of our people, but the truth is, only clean energy offers us a viable medium- and long-term solution to these kinds of challenges.”

Russia’s invasion of Ukraine prompted the European Union to declare it would urgently work on replacing Russian gas, oil and coal. However, the global market is already tight, so America’s domestic infrastructure can’t switch to other sources without massive investment, which would take years.

The energy secretary said the government would also ask other countries that produce LNG to ramp up shipments to Europe. The US is issuing permits for planned domestic LNG terminals and producers to export to Europe. One terminal is expected to come online this year and another one, also under construction, should be finished next year.

Such a shift could have an impact long after the war is over. Biden is also expected to announce more sanctions against Russia.

Here you can read more about the LNG Import Terminals and Energy Security in Europe.