Estimates are that EDF will lose between €7.7 billion and €8.4 billion in 2022 as a result of the government’s decision to cap power price increases. 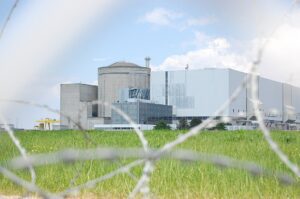 Managers at France’s major electricity supplier EDF have joined hands to support workers in a strike over price-capping by the government, which is also the company’s main shareholder.

At the center of the dispute was the announcement that EDF, which should be enjoying record profits from high electricity prices, would bear the brunt of the government’s pledge at the time to keep electricity prices rising to 4%, initially planned until April. A second change is scheduled for the start of August.

Most analysts believe the present wholesale price peaks should fall to more normal levels in the summer.

The regulated prices are decided by the economy and Transition écologique ministers, who receive advice from the Commission de Régulation de l’Énergie. Estimates are that EDF will lose between €7.7 billion and €8.4 billion in 2022 as a result of the government’s decision to cap power price increases.

Most electricity in France is produced by and bought from EDF, which is 83.9%-owned by the state.

Before the price rises, official forecasts were that the government expected dividends worth between €2 billion and €3 billion this year from EDF, which is earmarked for spending measures to boost the economy.

It would have been the first time in five years that the company has paid dividends in cash. Shareholders have been paid in shares during this period to allow the company to repay some of its debts.

Unions claimed that by making EDF bear the brunt of the 4% price rise pledge (without it, price rises would be in the order of 35%), the government is crippling the company which, they say, is in urgent need of research and development work on how to cope with alternative energy sources, and financing for new power stations and catch-up maintenance.

The government also ordered EDF to sell more cheap nuclear power to rivals to limit the rise in electricity prices.

The system was originally imposed as a way of ‘leveling the playing field’ so that EDF, with its nuclear power stations paid for by the taxpayer, did not remain the dominant player. The unions claimed this is now being used for political purposes, and they called a strike in late January.