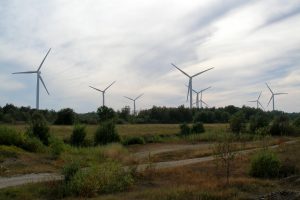 Eesti Energia AS, a state-owned energy company in Estonia has entered into the largest power purchase agreement in the Baltic Region with its agreement to purchase wind power from the Danish energy company, European Energy A/S. The agreement extends to 10 years and involves European Energy supplying 3.8TWh power from three wind farms it is currently constructing in Lithuania. Turbines for the wind farms were purchased from General Electric’s Cypress platform for onshore wind farms. These turbines can produce up to 121 GW of wind power individually. The agreement will be enforced in 2023.

The power capacity purchased by Eesti Energia AS is equivalent to half of Estonia’s total electricity demand each year. European Energy AS has calculated the same to be equivalent to the annual demand of 250,000 Danish consumers. The electricity from the three wind farms in Lithuania will be sold to private customers in several Baltic countries. Eesti Energia’s Management Board member, Margus Vals, said: “As an international energy company, our mission is to strive for smarter customer solutions and cleaner energy production. We are constantly looking for new ways to grow our green energy portfolio. This is another landmark deal which helps our customers all over the Baltics to faster implement the green transition, choose renewable energy and fix electricity costs at a very good price point.”

Eesti Energia has made significant strides in consolidating electricity production from renewable sources, particularly wind power. According to the company, it has received far greater interest from its consumers than perceived for schemes which enable customers to fix electricity prices for the long term. This has, in turn encouraged Eesti Energia to sign power purchase agreements for a long duration with over 100 companies across the Baltic countries. In this year itself, it has sold over 2TWh of electricity produced by wind power to its consumers.

Estonia has been working steadily to develop newer resources of energy which are sustainable in the long run. Earlier this year, an Estonian company dealing with nuclear energy, Fermi Energia signed a MoU with a UK-based consortium including Rolls Royce to study the feasibility of deploying small modular reactors in Estonia to produce emission-free energy. 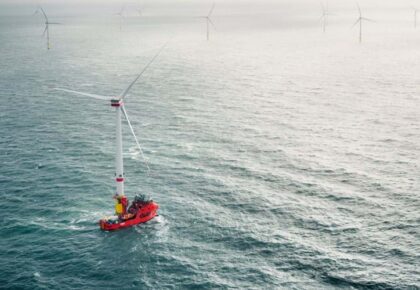