The eccentric entrepreneur announced his donation over Twitter, will reveal more details soon

Elon Musk, currently the world’s richest entrepreneur has offered a prize of $100 million from his personal fortune 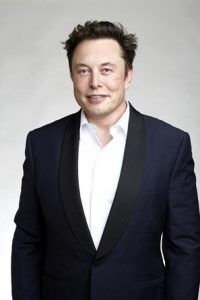 for the best carbon capture technology. Musk announced the donation on Twitter where he has 42 million followers and is reported to follow up with more details soon. Globally, there is consensus among climate scientists that carbon dioxide emissions are pushing the world to an unsustainable future of dangerously high temperatures. While power generators are increasingly retiring coal-fired power plants – considered major contributors to carbon emissions – energy companies and governments are increasingly considering carbon capture, utilization and storage technology as a promising solution.

The technology works towards containing carbon dioxide emitted from factory flues, power plants and other industrial releases before they are expelled into the environment. Emissions can either be recycled or shipped for permanent storage. Just last week, the Norwegian government began construction of the world’s first carbon capture and storage service called ‘Northern Lights’, which will capture carbon emissions from factories and permanently store them in a special reservoir 3,000 meters below the Northern Sea.

Carbon emissions collected from a carbon capture facility can also be recycled in a wide variety of ways. Researchers at Oxford University, England have demonstrated the technology to convert 90% carbon emissions into jet fuel. George Washington University, America was in the news for discovering a means to convert carbon emissions into diamonds. The potential of re-utilizing carbon has garnered attention before Musk announced his prize: in 2018, X-PRIZE (a nonprofit which awards major funding grants in areas including clean technology) awarded 5 finalists a prize of $20 million for initiatives to create products from carbon emissions.

Currently, more than a dozen projects exploring carbon capture, utilization and storage technology are underway around the world. Norway is considered to be a pioneer in technology. In addition to ‘Northern Lights’, the country has also revived an old attempt to capture emissions of up to 400,000 tonnes every year from a cement factory into a facility called ‘Longship’. Elon Musk’s fortune is reportedly worth more than $100 billion and it is hoped that his announcement attracts more governments and energy players to invest in carbon capture and storage technology.