Eon, Germany’s biggest energy company has ruled out extending the life of its nuclear power plant in Germany, even as Europe’s largest economy prepares for the rationing of energy supplies and to wean itself off Russian hydrocarbons. 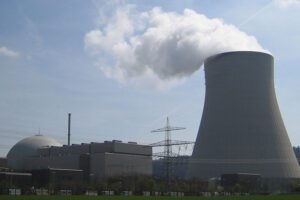 Eon, Germany’s biggest energy company has ruled out extending the life of its nuclear power plant in Germany, even as Europe’s largest economy prepares for the rationing of energy supplies and to wean itself off Russian hydrocarbons.

Eon runs one of the three remaining nuclear sites in the country, near Munich. The Isar 2 plant is due to go offline by the end of the year as part of the country’s longstanding phaseout of nuclear power production put in place after the 2011 Fukushima disaster in Japan.

Russia’s invasion of Ukraine in February seemed initially to prompt a rethink in Berlin, with Green Economics Minister Robert Habeck saying he would not stand in the way on ideological grounds of any decision to keep nuclear power plants running for longer.

But this option was soon ruled out, a decision that Eon’s CEO, Leo Birnbaum said Eon was happy to accept. “There is no future for nuclear in Germany, period. It is too emotional. There will be no change in legislation and opinion. While Isar 2 could technically be kept operational beyond this year, the judgment… is we have a gas emergency situation and the little relief we might be getting on the electricity side is just not really a game changer.”

Birnbaum added that the firm had had serious talks with the government which had “made a decent trade-off decision, which we can understand, and therefore the story for us is over.”

The German government has been rushing to secure alternative energy supplies as part of its long-term goal to reduce its dependence on Russian fuel. Habeck recently signed deals with Qatar for the supply of natural gas and with the UAE for green hydrogen. Berlin last week activated the first step of an emergency plan that in the event of a gas shortage would eventually lead to gas supplies to large corporations being curtailed.