Crude prices slid 2% on Thursday after the European Union could not come to a consensus to boycott Russian oil. Prices were also affected by reports that exports from Kazakhstan’s Caspian Pipeline Consortium (CPC) terminal could partially resume. 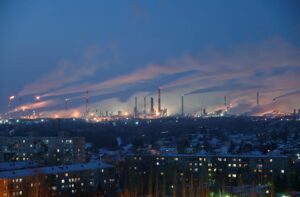 EU leaders are currently participating in a 2-day summit to jointly buy natural gas as they seek to cut reliance on Russian fuels, with some saying they would not comply with Moscow’s demand to buy oil and gas using roubles.  But EU countries remain divided on whether to sanction Russian oil and gas directly, a move already taken by the United States.

On Wednesday, both benchmarks closed at their highest since March 8.

Russia’s invasion of Ukraine on February 24 has prompted the EU to pledge to slash reliance on Russian fossil fuels by hiking imports from other countries and quickly expanding renewable energy. But without an EU embargo on Russian oil, Commerzbank analyst Carsten Fritsch said sanctions were unlikely to have a major impact on the oil market.

The United States and its allies, meanwhile, were discussing a possible further coordinated release of oil from storage to help calm oil markets. Also weighing on crude prices, the dollar strengthened for the fourth time in five sessions. A stronger dollar makes oil more expensive for holders of other currencies.