EU Publishes its ‘Fit for 55’ Legislative Package; Aims for Widespread Adoption of SAF

The legislative package has a number of initiatives including the widespread adoption of sustainable aviation fuels (SAF); the initiatives are aimed at ensuring the European Union meets its goals set out in the Paris Agreement 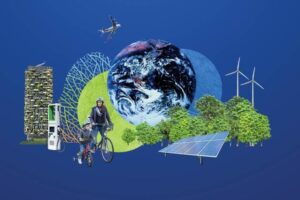 The legislative package has also commented on how the regulations may be operationalised. For example, the European Union Aviation Safety Agency might seek to hear directly from aircraft operators on the challenges in accessing fuel manufactured sustainably, or on the lack of adequate airport infrastructure. This communication will allow the Agency to inform the European Union on the situation at large, including airports not fulfilling their obligations.

ReFuelEU Aviation seeks to standardise regulations across the European Union so that a competitive level playing field may be maintained. In addition to this, its major objectives are to increase the adoption of sustainable aviation fuels and increase distribution at airports across the continent. The legislative package is the Union’s latest effort to become the first continent to reduce it emissions by 55% by the end of this decade.

Join us at Advanced Biofuels: Production and Deployment!