Renewable energy manufacturers and utility companies have formed a hydrogen coalition, called the HyDeal Ambition Initiative, that aims to bring the price of green hydrogen down to €1.5/kg (US$1.82) before 2030. 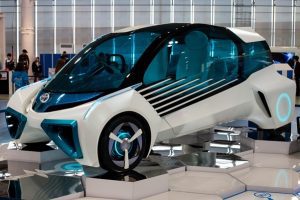 Renewable energy manufacturers and utility companies have formed a coalition along with gas transmission operators and infrastructure consultants called the HyDeal Ambition Initiative, with the target of delivering green hydrogen at prices equalling hydrogen produced by burning fossil fuels within this decade. Speaking in numbers, this effectively means bringing the price of green hydrogen down to €1.5/kg (US$1.82) before 2030.

Solar energy manufacturers like Falck Renewables and Qair are 2 of 30 founding members of the HyDeal Ambition Initiative. Prices of green hydrogen are expected to come down if the coalition can generate 95GW of electricity via solar power plants, and 67GW of electrolysis capacity by the end of this decade, which will ensure the delivery of 3.6 million tonnes of green hydrogen annually. Consumers will use hydrogen in a wide variety of sectors: energy, industry and mobility, and transmission will be secured via existing gas transport networks.

The 30 founding members have floated several projects and partnerships to achieve their coalition’s target. Solar sites with a capacity of up to 10GW have been identified in Spain, which will be the site of the first initiative by the coalition. It is expected to be operational by the end of this year. Other projects are planned in France and Germany.

The announcement of the HyDeal Ambition Initiative closely follows the formation of a similar coalition: the Green Hydrogen Catapult. Its 7 members, including Iberdrola, ACWA Power, CWP Renewables have aimed to bring the cost of green hydrogen down to roughly €1.65/kg by 2026.