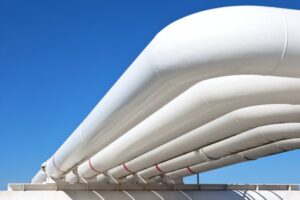 The International Energy Agency said its members were ready to release more oil into the market “if needed” to tackle soaring prices in the wake of Russia’s war in Ukraine. Members including the US and its allies are discussing a further coordinated release of oil from storage to tackle rising prices.

Oil prices eased slightly following the comments. Brent, the global benchmark for two-thirds of the world’s oil, dropped 2.15 percent to trade at $119 a barrel at 7.57 pm UAE time on Thursday, while West Texas Intermediate, the gauge that tracks US crude, was trading 1.96 percent lower at $112.70 a barrel.

US domestic supplies will increase by 1 million barrels per year following calls by President Joe Biden to oil companies to ramp up production to offset Russian imports.

Russia is the world’s second-largest energy exporter. It accounts for about 10% of the world’s energy output, including 17% of its natural gas and 12% of its oil. It supplies about 40% of Europe’s gas, while Russian crude accounts for about 3% of US oil imports, equal to about 200,000 barrels a day. The US banned Russian oil imports earlier this month, while the EU is considering similar measures.

Read more about Russia’s invasion of Ukraine and what it means for Energy in Europe.