INEOS will explore how emissions from its petrochemicals and oil refinery can be managed by Acorn for CCS; The company has also committed to purchasing shares worth €29 million in the project 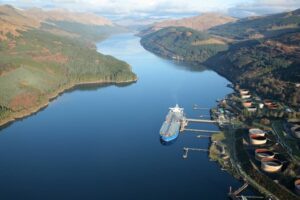 Scottish chemical powerhouse INEOS will join Storegga, Shell and Harbour Energy on their carbon capture and storage project called Acorn. This project will be Scotland’s first CCS project, which is expected to capture and remove for permanent storage carbon emissions generated by huge Scottish industrial producers.

INEOS will contribute to the project by investigating how carbon emissions generated by its petrochemicals plant and oil refinery in Grangemouth can be managed by the Acorn project. INEOS runs this plant in collaboration with Petrochina under a joint initiative called Petroineos. In addition to this, the company has also announced that it will be purchasing shares worth €29 million in the Acorn project via its newly minted clean hydrogen subsidiary, HydrogenOne Capital Growth.

The debate surrounding carbon capture technology continues to rage in clean energy circles. Some scientists and industrialists are of the opinion that the technology has not proven to have a substantial impact on the carbon footprint of industries or economies. That investments being pledged by major energy corporations are an effort to ‘greenwash’ people and governments while shifting attention away from carbon-intensive processes, which remain fundamental to maintaining profits.

On the other hand, there are experts who believe that only CCS has the potential to limit the harmful consequences of the world’s rising temperature. There are few processes that can address the carbon question at an industrial scale other than CCS facilities. Despite the promise that CCS technology holds to enabling nations to meet the targets committed to in the Paris Agreement, there are very few large-scale CCS projects in operation today. It is hoped that the success of Acorn encourages energy companies and governments around the world to follow suit.