The UK Prime Minister, Boris Johnson met executives from major nuclear utilities and technology companies including the UK’s Rolls-Royce, France’s EDF, and the US’s Westinghouse and Bechtel to discuss ways of helping to speed up the development of new nuclear power stations. 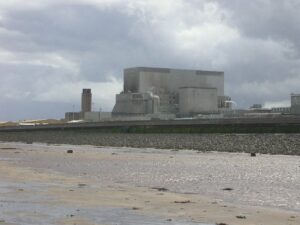 Johnson has announced that his government wants 25% of the country’s electricity supply to be met by nuclear power.

The UK generates about 16% of its power from nuclear power stations, but several reactors are slated for closure, while electricity demand is expected to rise steadily in the next decade. This means that large investments in new power stations are required simply to keep the share of nuclear constant.

Also present at the meeting were big pension companies and insurers, including Aviva, Legal & General and Rothesay Life, alongside major foreign investors including Australia’s Macquarie and the Canada Pension Plan Investment Board.

The government is considering changes to insurance rules set by the EU and copied by the UK to make it easier for insurers and pensions to invest. The UK is switching to a “regulated asset base” model, which it hopes will give long-term investors more certainty on returns, a change it hopes will address limitations to the current rules, known as Solvency II.

The government has signaled to nuclear and investment industries that it had a clear ambition for more nuclear in part to balance out intermittent renewable power sources.

Scrutiny of the government’s energy policies has increased in recent months after unprecedented increases in fossil fuel prices. Russia’s invasion of Ukraine has added to the pressure, with oil and gas prices surging and western allies considering restricting energy exports as they try to isolate President Vladimir Putin’s regime.

Last week, Johnson met oil and gas executives to discuss increasing investments in the North Sea, and it is understood that he will next week meet executives from the offshore wind industry to discuss plans for further expansion of renewables.

We talked more about the nuclear new builds and the latest developments at our conference.