Largest Oil Fields in the World

65,000 gas and oil fields dot our world and power our industries. Of which 94% of them are in expected countries. Middle East? Yes. And also Brazil, Mexico, Venezuela, Kazakhstan, and Russia. So which fields have how much left? What does their future hold? Prospero finds out. 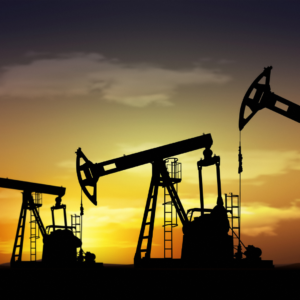 Ghawar Field, Saudi Arabia
Ghawar oil field in Saudi Arabia, trumps the rest in terms of sheer size. (280 by 30 km or 170 by 19 mi). By far the most conventionally large oil field, it accounts for roughly a third ‌the ‌oil produced in Saudi Arabia. Owned and operated by Saudi Aramco, this state-run oil company records $111 billion in profits. The volume of oil produced matches its grand size, pumping over 3.8 million barrels per day (bpd). It has come down from its peak times, where it could produce five million barrels of oil a day (790,000 m3). With an overall 82% profit surge in Q1 2022, and contracts worth $10bn invested in South Ghawar fields, Saudi Aramco’s dominance in the oil market will continue.

Burgan Field, Kuwait
Approximately 1,700,000 bpd (270,000 m3/d) and it is the fourth most productive oilfield worldwide but the second largest size-wise. Owned and operated by the Kuwait Oil Co., its production or oil reserves data isn’t readily available. The Kuwait Oil Co. suggested that its lifespan would last another 30 to 40 years back in 2005, but this field still produces half of Kuwait’s oil. Perhaps because of the reported fires, and dwindling reserves, we see the state-owned company is pumping $22 million on other oil fields as well in order to meet its estimated oil production of 4 million barrels per day by 2040.

The Ahvaz field is Iran’s largest oil field since 1954. Owned by the National Iranian Oil Company (NIOC), the field produced 750,000 bpd. It accounts for 23% of Iran’s oil reserves apparently and is easier to tap into because it is 2,400 m (7,900 ft) below the surface. The NIOC plans to ink a $7.5 ‎billion-dollar contract with an Iranian consortium of companies to develop oil fields jointly‎.

This field is one of the oldest fields out there, producing oil since 1930. Currently, it produces 560,000 bpd (89,000 m3/d). The area is under development owning to further discovery of oil reserves. According to reports, the NIOC signed eight deals worth €1.2 billion with several domestic companies to boost oil production, including the development of Gachsaran 2 & 3.

This oilfield produces over 500,000 bpd (79,000 m3/d). It also goes to show a successful foreign partnership with over 40% investment by ExxonMobil and Japan Oil Developing Co (Jodco). As part of Emirate’s expansion strategy, the owners,  Abu Dhabi National Oil Company (Adnoc) has offered tenders for further development of Lower Zakum offshore oilfield, hoping to ramp up production by 5 million bpd.

The largest oilfield in China, Daqing or formerly ‘Taching’ came into full-scale production from 1963. It makes up for one-third of China’s overall crude output. Owned and operated by the Daqing Oilfield Company Limited, it is one of the world’s rare sandstone oil fields that produces over 40 million tons of crude oil per year. Its shale oil discovery in 2021 could have a geological reserve of 1.268 billion tons.

Cantarell Field, Mexico
The Cantarell Field discovered in 1972 by fishermen in the Gulf of Mexico because of meteor showers. This aging offshore oilfield has fallen steadily over the last 20 years. However, nitrogen injections have aided increased outputs at currently stands somewhere near 159,300 barrels per day (25,300 m3/d). The Cantarell oil field is owned and operated by state-run Pemex, which is currently focusing its efforts on the adjacent Ku-Maloob-Zaap complex. The Ku-Maloob-Zaap could produce 0.8 million bpd (130,000 m3/d) by the end of decade and is currently Mexico’s biggest oilfield.