Due to be published next week, the report identifies nuclear energy as a green investment and cites nuclear waste disposal assessments done in Finland, Sweden and France 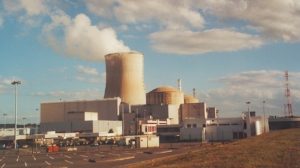 The sustainability of nuclear energy has been in the middle of a raging debate among scientists, governments and energy industry leaders around the world. Some European Union experts believe that nuclear energy deserves the green label because of its capacity to produce energy while generating very low carbon emissions. Others think that nuclear waste disposal poses damaging consequences to the environment. To take a final decision, the European Commission tasked the Joint Research Centre (JRC) to report on the issue. A draft of this report was leaked recently, which stated that nuclear energy deserves the tag of green energy.

According to the report, JRC experts couldn’t find any scientific evidence that nuclear energy causes more harm to humans or the environment than other sources of electricity. On the question of nuclear waste disposal, storing it in deep geologic formations was found to be appropriate and safe. The experts did note that nuclear waste disposal technologies currently in use were still emerging and in the testing phase. But it also cited examples of France, Sweden and Finland which have been working on deep geological disposal facilities and should start operations within the next decade. The report also made a mention of nuclear energy disasters in the past and stated that the industry has phased out reactors vulnerable to Chernobyl-like failures.

This report is not the only step in the EU’s decision-making process. A spokesperson from the European Commission clarified: “This is one step in the process. The JRC report will now be reviewed by experts on radiation protection and waste management under Article 31 of the Euratom Treaty, as well as by experts on environmental impacts from the Scientific Committee on Health, Environmental and Emerging Risks. The evaluation will be rigorous [because] the credibility of this assessment is crucial.”