Prepared by Hydrogen Council in collaboration with McKinsey and Co., the report shows 200+ projects under development of which 85% are in Europe, Asia and Australia 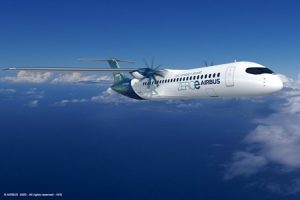 One of 3 hydrogen-powered aircraft prototypes currently in development by Airbus, Credit: Airbus website

The Hydrogen Council has released a new report which states that by 2030, hydrogen has the potential to become the most economically viable solution to low-carbon technologies across a wide variety of sectors. The areas of possible application include long-distance transportation, shipping, steel, cement and fertilizer production among more than 20 others.

The report is a theoretical validation of the global energy market’s immense interest in hydrogen. In less than a decade, hydrogen has attracted a total investment of more than $300 billion with more than 200 projects being rapidly deployed around the world. Governments around the world have also taken note of this unprecedented interest. 2021 began with governments of over 30 countries launching strategies for hydrogen production and application. Over $70 billion of public money has been pledged to research, develop and innovate on technologies that employ hydrogen to decarbonize industries and organizations.

There has been a keen interest across the entire value chain of hydrogen: costs are falling not just for the production of hydrogen but also its transmission, distribution and application in retail sectors. The announcement of giga-scale projects will only drive these costs down further. In the past year, industries and energy giants across the world formed two major coalitions with the intention to produce hydrogen using renewable sources of energy at the same price as fossil fuel-produced hydrogen by the end of this decade. The biggest drivers of cost reduction are projected to be countries with large reserves of untapped resources such as Australia, Chile, North Africa and the Middle East.

Hydrogen projects around the world are aiming high by targeting industries notorious for being major producers of carbon emissions. Recently, hydrogen was used to begin decarbonization of steel and cement plants which have been a big challenge to sustainable energy research and development.

Daryl Wilson, Executive Director of the Hydrogen Council, said: “We are seeing a new level of maturity for the hydrogen industry, and this is only set to accelerate. The plan is to direct most of this investment toward capital expenditures, while collaborations, consolidations and innovation will also be a key focus.”