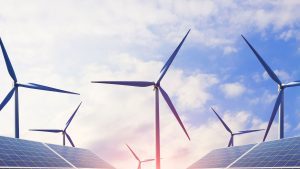 Northland Power, an independent power producer based in Canada has signed an agreement with Poland’s PKN ORLEN to acquire a 49% stake in ‘Baltic Power’, an offshore wind project in the Baltic Sea. ‘Baltic Power’ is currently being constructed at a site around 23 kilometers from the Polish shore in the Baltic Sea, and has a total capacity of up to 1,200MW. Mike Crawley, Northland’s President and CEO, said: “Today’s announcement reflects Northland’s continued growth and leadership in renewable energy and strengthens our position as a global leader in offshore wind development. We are excited to partner with PKN ORLEN to expand our presence in Europe through the development of the Baltic Power offshore wind project, but more importantly, further, contribute to the global decarbonization transition by helping Poland fulfill its renewable energy ambitions.”

In addition to acquiring a majority stake, Northland is expected to invest €64 million towards the construction and development of ‘Baltic Power’ through this year. By investing in co-developing ‘Baltic Power’ with PKN ORLEN, Northland will likely agree to a Contract for a Difference offtake agreement for up to 25 years, thereby securing a revenue contract that ensures predictable cash flow. In a press release, Northland stated: “Baltic Power is a natural addition to Northland’s extensive offshore wind portfolio and provides the company with a new market to further enhance the geographic and regulatory diversity in its portfolio and cashflow.” Commercial operations of the offshore wind project are expected to begin in 2026.

Currently, Northland controls 3 offshore wind facilities in the North Sea, which endow the company with an 890MW net capacity of 1,200MW gross combined capacity. Once it begins operations, ‘Baltic Power’ will amplify Northland’s total offshore wind capacity to 2,400MW (1,500MW net).  It also anticipates an increase in energy demand in Poland in the next few decades, given the country’s economic growth trajectory. The Polish government has recently stated the need to increase its offshore wind capacity by 12GW and in this regard, has recently passed the Offshore Wind Act. ‘Baltic Power’ is expected to make a key contribution to meeting Poland’s targets of producing clean energy.