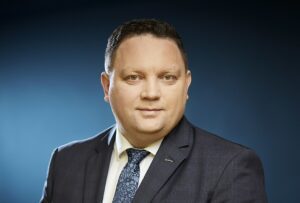 Polish mining and processing firm, KGHM Polska Miedź S.A. has signed a definitive commercial agreement with NuScale Power, an American firm specialising in SMRs. Under the agreement, NuScale Power will deploy a VOYGR power plant of up to 924 MWe as early as 2029 to support KGHM’s copper and silver production in Poland.

A ceremony to commemorate the signing of the “early works agreement” was attended this week by representatives from the Polish and American government. Marcin Chludziński, president of the KGHM Polska Miedź S.A Management Board said: “NuScale and KGHM will kick off preparation of the whole investment project, including site selection. The agreement is not just a declaration anymore, but an actual agreement.”

NuScale Power has been building a pipeline of SMR projects across Central and Eastern Europe. These regions are rapidly attracting investments in nuclear development due to a variety of factors. KGHM’s agreement is particularly significant because it represents a deal with a large user of industrial energy, a key decentralized power market that could benefit from smaller installations of baseload, flexible power. KGHM is the second-largest industrial energy consumer in Poland.

In September 2021, the two companies and Poland-based business engineering consultant Piela Business Engineering had signed an MoU to collaborate on the development, licensing, and construction of a NuScale VOYGR plant in Poland. In the 6 months since that MoU, the companies examined deploying NuScale’s SMR technology as a coal repowering/repurposing solution for existing coal-fired power plants. Their assessments also explored energy sources to support industrial operations in Poland.

NuScale’s VOYGR SMR technology, first introduced in 2000 as an Oregon State University concept, has evolved into a modular light water reactor (LWR) design that can supply energy for power generation, district heating, desalination, hydrogen production, and other process heat applications. The company in an October 2021 white paper argued that the modular plants are well-suited to coal repowering because of their design simplicity, modular construction, load-following capabilities, and competitive leveled cost of electricity (LCOE).

For KGHM, a firm that owns the largest deposit of copper ore in Europe (which is located in southwestern Poland), the prospect offers a new avenue to decarbonize its mining operations while keeping costs down. Commenting on the same, Chludziński said: “The SMR technology will increase the company’s cost efficiency and transform the Polish energy sector. We realize that SMRs can be used not just to generate power — we can use them for heat generation and also produce hydrogen for different operations.”