Renewables supplied 48% of Germany’s electricity in 2020 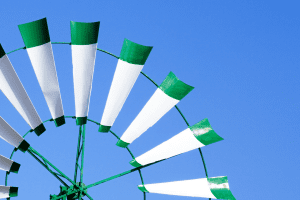 In a landmark year for renewables, wind and solar energy accounted for almost half of Germany’s electricity supply in 2020. The jump is significant in comparison to last year, when renewables made up just over 40% of the country’s electricity. The data was released by the Federal Association of Energy and Water Management (BDEW) and the Centre for Solar Energy and Hydrogen Research Baden-Wurttemberg (ZSW).

Both organisations credited Germany’s favourable weather conditions for the increase in output. As compared to last year, onshore wind output was up by 7% and offshore wind by 10% in the first quarter of 2020. Thanks to a sunny spring season, solar output was up by 13%. The report mapped electricity production according to different sectors–onshore wind generated 76TWh, offshore wind 19TWh, solar 46TWh, biomass 37TWh and hydro 14TWh–a jump of 100TWh from last year.

Regardless, the German government remains confident of achieving their target. The parliament recently confirmed new legislation governing the development of renewables. The law amending the Renewable Energy Sources Act and other energy regulations will come into force on January 1, 2021. The amendment articulates the rate at which individual technologies such as wind and solar energy need to grow to achieve Germany’s renewable target. The law also lays down strict monitoring and funding processes for the renewable sector. Federal Minister of Economics and Energy, Peter Altmaier said: “The scope of the amendment alone shows that this is a major and central step for energy transition. This is a clear future signal for more climate protection and more renewable energies.”