Natural gas prices in Europe declined for the fourth day after Russia excluded some major commodities from its list of products set to suffer export restrictions and sanctions. 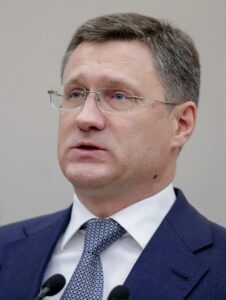 Russia announced an export ban for more than 200 products after the country’s economy was hit by sanctions over the invasion of Ukraine. It stopped short of curbing sales of energy and raw materials, the country’s biggest contribution to global trade. The ban applies until the end of this year.

The news brings relief to concerns of a possible curtailment on gas supplies to Europe. Russia is the European Union’s biggest natural gas supplier, accounting for about 40% of imports, and the bloc is trying to tap all available resources to reduce its dependence on the country. Russian gas exports crossing Ukraine continued as normal on Friday, according to data from grid operators.

Dutch Front-month Gas, the European benchmark, is now trading at less than half of its record high reached on Monday. The contract dropped as much as 8.2% to €116 per megawatt-hour on Friday, the lowest in almost two weeks.

Still, traders remain on edge as the war continues in Ukraine, putting the country’s energy network at risk. Earlier this week, Russian and Ukrainian officials exchanged warnings about the risk to gas transit infrastructure as Russian troops entered stations that pump the fuel toward Europe. Russia also threatened to cut supplies of natural gas via the Nord Stream 1 pipeline to Europe.