Expected to be operational by 2027, the hybrid power plant will generate up to a million watts of electricity using SMRs, house a 1000MW wind power plant and also generate hydrogen gas 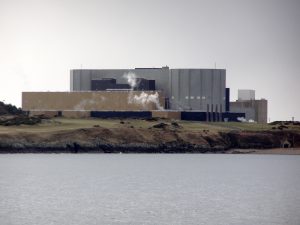 Shearwater Energy, a British energy think-tank has signed a Memorandum of Understanding with NuScale, an American firm which manufactures small modular reactors (SMRs) to develop technology for a new hybrid power plant which will combine nuclear and wind energy. Shearwater has identified a site in Wylfa off the northwestern coast of Wales. The hybrid power plant will use 12 SMRs to generate an expected capacity of 924 MWe (one million watts of electricity) and also house a 1000MW wind farm. SMRs will be able to generate ‘dispatchable’ power, which means that electricity can be delivered by operating companies on demand.

Electricity generated from a wind farm of this capacity is suited to power almost 3,00,000 homes. Interestingly, the hybrid power plant will also produce 3 million kg of hydrogen gas which will be used by the British transport sector. Shearwater Energy’s director Simon Forster said: “Our hybrid model is a flagship opportunity for Wylfa and the UK power sector. The plans have been designed to provide decision-makers with alternatives and to ensure that the taxpayer and consumer gets the very best value for money when the UK invests in zero-carbon power generation, something the country is critically short of.”

The use of SMRs has also brought down estimated costs of constructing the project. Forster commented: “Our costs will be 40% less than a conventional nuclear plant. We can build the hybrid plant for less than £8 billion and start generating carbon-neutral power by late 2027. ”

Explaining the timeline of the project on their website, Shearwater Energy has stated that the next 4 years will be spent on detailed planning and design before the plant can be built. Currently, the project is in phase one of the process which is to demonstrate both viability and speed of installation. Once operational, the hybrid plant has the potential to create 300 permanent jobs at the site for 60 years.

Diane Hughes, NuScale Power’s Vice President said: “With deep knowledge and expertise in the clean energy sector of the United Kingdom, Shearwater Energy understands the unique challenges facing the energy needs of the region. SMRs are the perfect complement to Shearwater’s wind turbines as the United Kingdom seeks to meet its clean energy goals.”

Shearwater Energy has approached the UK government’s Department of Business, Energy and Industrial Strategy for funding. A spokesperson from the Department said: “We are willing to discuss new nuclear projects with any viable companies and investors wishing to develop sites, including in north Wales, and are considering a range of financing solutions.” 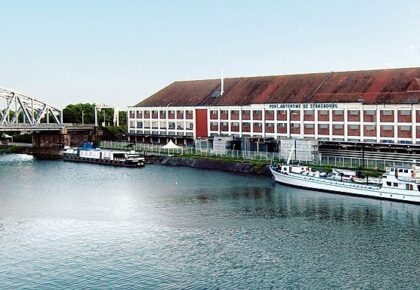