Shell’s agreement to purchase 240MW wind-generated electricity from Dogger Bank C builds on two previous deals to buy 480MW from Dogger Bank A and B. Shell’s total offtake from the project will come to 720MW. 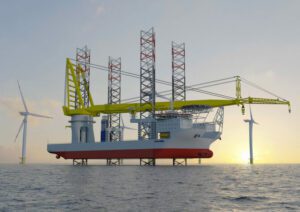 Shell has signed a deal to purchase power from the Dogger Bank C, a project which is currently known as “the world’s largest offshore wind farm.”
The 15-year power purchase agreement details that Shell has bought 240MW from the windfarm, which is the third and final phase of the 3.6GW Dogger Bank Wind Farm, located in waters off the coast of northeast England.

Dogger Bank A and B represents a joint venture between Equinor, SSE Renewables and Eni, with the companies holding stakes of 40%, 40% and 20% respectively. This month, it was announced Eni would also acquire a 20% stake in Dogger Bank C, with Equinor and SSE Renewables each holding on to a share of 40%. This deal is slated for completion in the first quarter of 2022.

Dogger Bank windfarm has stated that once the three phases are complete, which is expected by March 2026, Dogger Bank will be the largest offshore wind farm in the world.

Despite making major deals related to renewable energy, Shell remains a major player in oil and gas. It has pledged to become a net-zero emissions energy firm by 2050.