Shell Sells its Stake in Philippines Gas Field to Udenna Corp. for $460 Million

Shell recently sold its stake of 45% in Malampaya gas field in the Philippines for $460 million to Udenna Corporation, a local petroleum and shipping conglomerate 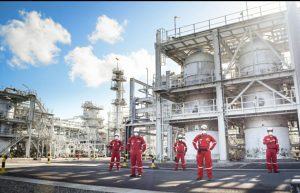 Royal Dutch Shell has recently agreed to sell its stake of 45% in an offshore gas field in the Philippines to Udenna, a local conglomerate that deals in petroleum and shipping. The deal was finalised for $460 million and in addition to stock ownership, it also includes a deep water license (Service Contract 38) that Shell acquired for exploration and development of natural gas resources.

The deal makes Udenna the majority stakeholder of Malampaya gas field since it owned 45% prior to the deal. 10`% is held by the state-owned Philippines National Oil Company (PNOC). The deal was finalised for a base consideration of $380 million. Shell has agreed to make additional payments of up to $80 million over the next two years on the basis of how well Malampaya gas field fares in the liquefied natural gas market. The financial transaction is also contingent on commodity prices over the next few years. The deal will be completed by the end of this year, with overall evaluations from 2022-2024.

Wael Sawan, Shell’s Upstream Director said: “Since it began commercial operations in 2002, Malampaya has supplied a significant portion of the Philippines’ energy demand and it will continue powering the country with indigenous gas following a safe transition of the asset and its experienced workforce. Today’s announcement is consistent with Shell’s efforts to shift our Upstream portfolio to one that is focused on nine core positions.” It is believed that the oil giant’s exit is an indication of its transition to focusing on renewable energy.

Shell first began operations at the Malampaya gas field in 1991 when it was first discovered by the Philippines government. The gas field rapidly became central to the country’s energy requirements. Currently, the plant supplies fuel to power plants which cater to about one-fifth of the country’s electricity requirements. However, the Philippine government’s Department of Energy has recently reported that Malampaya’s output is declining, and it is expected to run dry as soon as 2027.

Udenna has reportedly expressed an interest in owning the field. Last year, the company’s spokesperson, Raymond Zorrilla described Malampaya as “a high-quality asset strategic to the future welfare and energy security of the country.” In addition to gas, the Malampaya territory also includes undersea pipelines and facilities which hold commercial potential for sellers and consumers of LPG in the future.