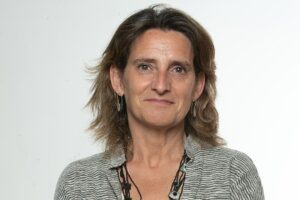 In a radical attempt to cut down energy costs, Spain plans to set temporary limits on power prices in the coming weeks. A surge in energy costs has forced Spanish industries to shut operations and suspend workers.

Ecological Transition Minister Teresa Ribera said: “We are confident the European Council will give the green light to limits at a March 24-25 meeting and allow our government to enact a shock package of measures. If there is no European solution, we would have to consider challenging the European system. We are not going to allow the Spanish economy, Spanish families and industries to adjust by not consuming and closing down.”

The Spanish government’s main aim, however is to have a common European Union policy.

Months of record electricity prices – caused in recent weeks by Russia’s invasion of Ukraine – have forced a number of steelmakers (including Acerinox SA and ArcelorMittal SA) to suspend some operations this week in Spain. Such shutdowns are inflicting more pain on the European Union’s fourth-largest economy, which is already struggling with the highest inflation in more than 35 years. Spanish daily spot power prices reached almost €545/megawatt-hour on March 7, the highest ever.

As part of the package, Spain will also fast-track permit approvals for some renewable energy projects and bolster help for vulnerable households, Ribera said. Earlier this month, Prime Minister Pedro Sanchez announced an extension for energy tax breaks that had already cost his administration €7 billion in lost revenue.

Sanchez aims to meet with fellow prime ministers and other leaders to seek a common agreement on a new energy policy framework ahead of the European Council meeting, the Spanish premier said at a press conference in Paris.

The European Commission at the end of March will present options for emergency measures to limit the contagion effect of gas costs in electricity prices, including temporary price limits, President Ursula von der Leyen has said.