The Longest Gas Pipeline till date (2022)

Owned primarily by PetroChina, (72.26%) it is a solid main trunk (phase I) with eight branches. The trunkline stretches across 4,000km to connect the Tarim Basin gas fields to China’s biggest city, Shanghai.  Originally with a capacity to hold 12 billion cubic meters of natural gas per year, it was made to hold 17 billion cubic meters at a later stage with a new set of gas compressor stations, clocking in a CAPEX of $5.7bn.

Phases II and III are offshoots of the main pipeline built to hold 30 billion cubic meters of gas annually. The West-East natural gas pipeline (WEPP) Line 2 has eight sub-lines that can also transport the same amount of natural gas every year from reserves in Xinjiang to 15 provinces and regions across China, including Guangzhou and Hong Kong. This is China’s 30 years gas plan that will provide energy to 270 cities and take care of 95% of China’s cities with natural gas. 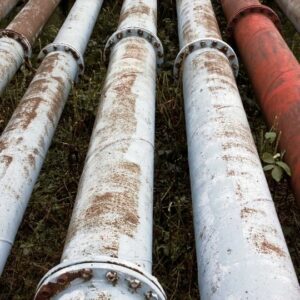 State-owned Gas Unificação or GASUN will be a roughly 5,000-kilometre (3,100 mi) natural gas pipeline when completed. It stretches through the northern Amazon and the Northeast states of Brazil to bring Bolivian gas into these regions and is expected to tally up to US$2.48 billion.

Starting from Mimoso, GASUN will join the GASBOL pipeline -the Bolivian-Brazilian pipeline and the longest operational natural gas pipeline in South America.  The GASUN is currently seeing its longest and most costly section being constructed. Of 2,260 kilometers (1,400 mi) it would go on to connect Goiás and Maranhão, it is slated to be completed by 2026. 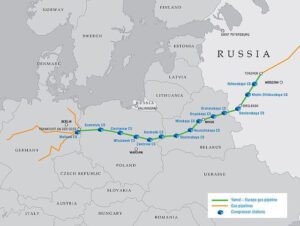 The Yamal-Europe pipeline installed in 1992 from Russia to Germany. Image Source: Gazprom

This 4,107 KM (2,552 mi) pipeline from Russia cuts through Belarus, Poland, and Germany to supply 32.9 billion cubic meters of natural gas. Ownership depends mainly on the country that it passes, but it is safe to say it’s all with Gazprom’s hold. Apart from owning and operating the Russian section, Gazprom has entered agreements to overlook the Belarusian section and the Polish section is a JV between Polish PGNiG and Gazprom. An idea of the econd pipeline was dropped, preferring a newer construction of the Nord Stream pipeline.

More about the situation of how European Energy is related to Russia’s invasion of Ukraine and UK Considers Taking Over Gazprom’s British Retail Supply Arm.

Easily Canada’s longest pipeline, the TransCanada or TC Energy pipeline is more than 3227 KM (2005 mi) currently goes from Alberta to Quebec. Owned and operated by the TC Energy Corporation, there are plans to add 344 kms (214 mi) more into this network soon. It is easily one of the earliest pipelines laid as it started operations in 1951, and it used to be the longest in the world.

Commonly referred to as REX, this 2,702 km  (1,679 mi) pipeline supplies 2.6 billion cubic feet of gas per day from Colorado, through Wyoming into Indiana. A partnership between Tallgrass Energy Partners, Phillips 66 and Sempra Energy, the initial cost was pegged at US$5 billion. A new Zone 3 addition that accommodates bi-directional natural gas header system delivers 4.4 billion cubic feet per day.