The biggest ever round of the UK government’s flagship renewable energy support scheme opened to applications this week, with €334 million available annually for building the next generation of Great Britain’s green energy projects. The scheme’s design has led to the price per unit of offshore wind to fall by around 65% between the first allocation round (AR) in 2015 and the third in 2019. 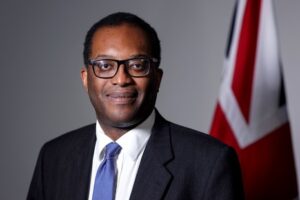 Renewable energy projects across Great Britain can now bid for funding in the 4th round of the Contracts for Difference (CfD) scheme, which is aiming to secure 12GW of electricity capacity – more renewable capacity than the previous 3 rounds combined. The additional offshore wind capacity resulting from the funding alone could generate enough electricity to power around 8 million homes.

Contracts for Difference are 15-year private law contracts between renewable electricity generators and the Low Carbon Contracts Company (LCCC), a government-owned company that manages  at arm’s length from government.
Contracts are awarded in a series of competitive auctions, known as allocation rounds, which have been run approximately every 2 years. In the auction process, the lowest price bids within each pot are successful, which drives greater certainty and stability of revenues to electricity generators by reducing their exposure to volatile wholesale prices, while protecting consumers from paying for higher costs when electricity prices are high.

The competitive nature of the  scheme has been hugely successful in driving the deployment of renewable energy across Great Britain while rapidly reducing costs. The scheme’s design has led to the price per unit of offshore wind to fall by around 65% between the first allocation round (AR) in 2015 and the third in 2019.

Business and Energy Secretary Kwasi Kwarteng said: “By generating more renewable energy in the UK, we can ensure greater energy independence by moving away from volatile global fossil fuel prices, all while driving down the cost of new energy.”
A total budget of €334 million a year has been allocated to the fourth round, with €235 million available for offshore wind, €88 million for emerging technologies, such as remote island wind, tidal stream and floating offshore wind, and €11.7 million for established technologies, such as solar and onshore wind.

Within emerging technologies, €28 million a year has been ringfenced for floating offshore wind projects and €23.4 million initially set aside for tidal stream projects, demonstrating the government’s support for new, innovative technologies that can make an important contribution to the UK’s decarbonisation commitments.

The latest round of the  scheme supports the Prime Minister’s Ten Point Plan for a Green Industrial Revolution, which outlines an ambitious vision of a low-carbon future for the UK, and will ensure that clean energy continues to play a key role in ending the UK’s contribution to climate change entirely by 2050.

The 4th allocation round will close to applications on 14 January next year, with the final results of the auction expected to be announced in spring-summer 2022.