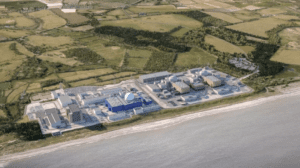 Britain’s government recently approved the construction of a new nuclear power station that is expected to generate enough low-carbon electricity to power 6 million homes. Business Secretary Kwasi Kwarteng said development consent was granted for the building of the plant, called Sizewell C, on eastern England’s Suffolk coast. French energy company EDF, which will partly fund the project, has said the plant will generate electricity for at least 60 years and will employ 900 people. The plant will reportedly cost €23.4 billion.

Authorities say the plant will make a substantial contribution toward Britain’s target of making up to a quarter of the power consumed in the country come from nuclear by 2050. Julia Pyke, financing director for the project, said the benefits to consumers in the long term will outweigh the costs of construction. “Sizewell C will give a big boost to jobs and skills in nuclear supply chain companies across the country. It will strengthen the U.K.’s energy security and play a key role in our fight against climate change,” she said.

But critics have said nuclear plants are far more expensive and slow to build compared with renewable energy options such as solar and wind power. Environmental groups have also argued Sizewell C will damage local nature reserves that host wildlife like otters and marsh birds.

The U.K. wants to reduce its dependence on imported oil and gas, especially in light of soaring energy prices amid Russia’s invasion of Ukraine, and generate cheaper, cleaner power domestically. The government has said it wants 95% of British electricity to come from low-carbon sources by 2030. In an energy security strategy document published April, authorities also said they want Britain to lead the world once again in nuclear power, a technology the British once pioneered.

Nuclear currently provides about 15% of the U.K.’s electricity, but five of the country’s six existing nuclear plants will be decommissioned within the decade. Sizewell C will be among two new nuclear plants in construction — the other plant, Hinkley C, is expected to open in mid-2026 after a series of delays.

The activist group Stop Sizewell C said it will consider appealing the government’s decision to approve the plant. “Whether it is the impact on consumers, the massive costs and delays, the outstanding technical questions or the environmental impacts, it remains a bad project and a very bad risk,” the group said.

Britain’s government has committed €117.5 million to developing the project and negotiations on raising funds for it are ongoing.