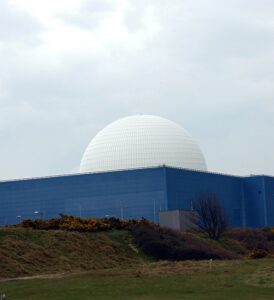 Announcing the launch of the Nuclear Fuel Fund, Business and Energy Secretary Kwasi Kwarteng said: “We’ve got big plans to boost British nuclear power, so it makes perfect sense to ensure we have a strong, resilient, domestic fuel supply chain to match. This funding will kickstart projects in the UK and generate private investment in facilities that will fuel the nuclear reactors of today and tomorrow, shoring up our energy security while creating jobs.”

Up to €73.6 million in grants will be awarded to support the development costs of investments into new nuclear fuel capabilities in the UK, helping a range of reactor types and sizes, including small and advanced modular reactors. The Nuclear Fuel Fund will also support companies to access new markets domestically and internationally, and preserve and create skills and know-how in parts of the country – with the sector having a significant presence in the Northwest.

In early April, the government published its Energy Security Strategy, setting out its ambitions for eight new reactors, plus small modular reactors, helping to produce 24 GWe of nuclear-generating capacity by 2050, representing about 25% of the UK’s projected electricity demand. Within this overall ambition, the government intends to take one project to a final investment decision (FID) by the end of this Parliament, in 2024, and two projects to FID in the next Parliament, including SMRs, “subject to value for money and relevant approvals”. Nuclear’s share of energy in the UK is currently about 16%. However, almost half of the country’s current capacity is due to be retired by 2025 and all but one of its reactors will retire by 2030.

The following month, the government announced the launch of €143.3 million in funding to support the development of new nuclear energy projects, stimulate competition in the industry and unlock investment across the UK. The Future Nuclear Enabling Fund (FNEF) will help to realise the government’s ambition to approve eight new reactors by 2030.