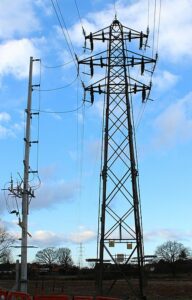 The government has told ICIS it is “reflecting on” the viability of more interventionist measures, such as a cap on the price of electricity produced from gas as has been applied in Spain, as it considers its options.

There is also already significant concern over whether UK market reform can happen in isolation with interconnection to surrounding markets only increasing.

The consultation forms part of the Review of the Electricity Market Arrangements (REMA) outlined in the UK’s energy security strategy in April. One government spokesperson said: “The high global gas prices linked to high electricity prices that we are currently facing have added urgency to the need to consider electricity market reform.”

With the rapid growth of intermittent renewables on the grid and volatile gas prices, new reform is required to keep customer bills at bay with the UK retail price cap set to rise to unforeseen levels in October, nearing €3,499.

One option the UK government told ICIS in a statement it is “reflecting on” would be to decouple wholesale gas and power prices in a similar way to that of the Iberian exception, following European Commission approval of the €8.4 billion Spanish and Portuguese venture to combat increasing wholesale electricity prices.

The measure was the result of cooperation between the Iberian governments, with a view to decoupling the price of natural gas from the Iberian electricity market. Daily payments will be calculated based on the price difference between the market price of natural gas and a gas price cap set at an average of €48.80/MWh for the duration of the measure.

However the UK government statement did say it would have to consider “the context of the [British] energy system which has some fundamental differences to that of Spain”.

There are issues behind different options. “If you look at the Spanish changes, all that appears to have happened is more gas is getting burnt – they hit records for levels of gas burn – but prices haven’t collapsed like they had hoped,” said one trading source.

Similarly, the same ACER report warned this system would potentially have negative connotations with some participants in the market likely to be unable to recover full costs over time, thus warranting market exit.

Furthermore, one of the main risks outlined by ICIS analysts of implementing price caps to lower the wholesale price would be distortions to cross-border trade. Artificially lowering the price of electricity would also impede on other internal energy market rules, as it would effectively mean the consumers of one country are subsidising lower energy for its more expensively-priced neighbour.