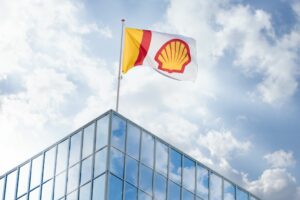 The spike came after President Vladimir Putin said Russia would start selling gas to “unfriendly countries” in roubles, with the British price for day-ahead delivery jumping by 11.8% to close at 246.00 p/therm, while Winter 2022 price rose by 11% to 264.01 p/therm.

During a televised meeting with top government ministers, Putin said: “Russia will continue, of course, to supply natural gas in accordance with volumes and prices…fixed in previously concluded contracts. The changes will only affect the currency of payment, which will be changed to Russian roubles.”

As of January 27 this year, Gazprom’s sales of natural gas to Europe and other countries were primarily settled in euros at around 58%. Nearly all Russian gas purchase contracts into Europe are denominated in euros or dollars.

Vinicius Romano, senior analyst at Rystad Energy said: “This has added another element of uncertainty to the already chaotic European gas market by complicating gas purchases that many countries have been reluctant to cut.”

Separately, the European Commission proposed legislation requiring EU countries to fill their gas storage to at least 90% by November 1 each year from 2023, and 80% this year. That move will need approval from EU countries and the European Parliament and traders said the target will be tough to meet even in periods when demand is lower. In the European carbon market, the benchmark contract was 5.3% lower to close at €76.43/tonne.

More about Russia’s invasion of Ukraine and what it means for Energy in Europe here.