NuScale Power has signed an MoU with the Bulgarian government to develop a new nuclear power unit with its SMR technology at an existing nuclear power plant at Kozloduy, Bulgaria 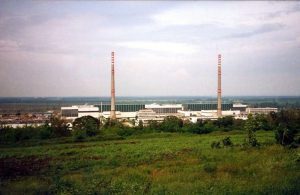 At Kozloduy, the Bulgarian government is examining options to develop a new nuclear power unit at the site of the old power plant. This new unit will generate heat and electricity using a process free of carbon emissions. As part of the agreement, NuScale Power will support the power plant authorities to develop a project timeline, conduct feasibility studies, a project estimated costs and deploy engineering, planning and licensing work to support the implementation of NuScale Power’s technology for the new unit.

NuScale Power’s technology for nuclear power plants is particularly relevant for the clean nuclear energy sector. The company has stated that its new light water reactor can supply reliable and abundant carbon-free energy. The reactor has been designed with modular principles in mind, which means that it can be customized for servicing a wide variety of nuclear power plants across the world.

NuScale Power’s new reactors will begin operations for the first time at a nuclear power plant in Idaho Falls, America by the end of this decade. In addition to the Bulgarian government, the company has also signed MoUs with power companies across East Europe, such as Czechia, Romania and Ukraine.